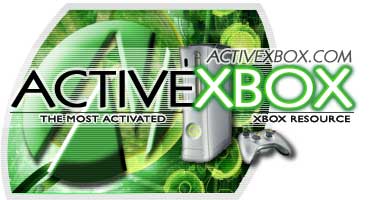 ActiveXbox.com: Please describe your job to us. What do you do? Do you really play Xbox games all day?

Larry Hryb: My title says “Director Of Programming for Xbox Live.” While most people think programming as in writing computer code, that’s not what I do…I leave that up to people much smarter then me. What I actually do is work with the Xbox Live community to understand their needs and concerns and communicate their issues back to the product group. In addition I am the spokesperson for the product group for the members…you can find me online and in the forums as “Major Nelson” Another aspect of my job is to come up with compelling ideas and programs for the community. Over the last 6 months I have rolled out “The Xbox Live Mystery Gamer” which is a program in which users get to play different people in the Xbox group…all the way up to J Allard…and win cool prizes. Another program I developed is “R&R Nights” which are special nights devoted to people who love video gaming, but don’t like going online to get their butt kicked by some young kids.

ActiveXbox.com: How many people are on the Xbox Live team?

Larry Hryb: We have over 100 on the Live team, from developers all the way to operations.

ActiveXbox.com: How many active subscribers does Xbox Live have now? Has Xbox Live continued to grow?

Larry Hryb: Last week we announced that we hit 1-million members…which is incredibly fast. The service continues to grow and become a viable business for Microsoft.

ActiveXbox.com: What games are the most popular on Xbox Live?

Larry Hryb: We publish a top 25 games each week on Xbox.com, and last I checked it was Ubi’s Rainbow Six Three. EA’s NCAA, released last week, is really doing well…and I expect it to break the top five next week.

ActiveXbox.com: Can you hint at improvements or developments that may be coming to Xbox Live in the near future?

Larry Hryb: The team realizes how important the community is, and we are putting a lot of thinking behind how can we create a service to connect more like minded gamers. Specifically…if you are a person who is real hard core, your probably don’t want a bunch of n00bs in your game. And the n00bs don’t want to be in your session either. We are looking at how to give each group the best gaming experience we can.

ActiveXbox.com: Will users be required to buy a separate Xbox Live account for Xbox 2?

Larry Hryb: We have not made any announcements yet around a next generation console.

ActiveXbox.com: What can gamers expect to see over next year due to the recent agreement reached between EA and Xbox?

Larry Hryb: Gamers will see all the great stuff they have come to expect from Xbox Live brought into the EA Online experience. EA is a one of the world's premiere game publishers, and we are thrilled to finally work with them in the online space.

ActiveXbox.com: Where do you see the future of online gaming going?

Larry Hryb: I see it becoming more ubiquitous. We want to make your online and offline experience blur. We have that today, with our “Live Aware” games such as the critically-acclaimed “Chronicles Of Riddick” where users can play the offline game, but receive friend invites to join other games. This allows users to stay connected to the community even when “off line.”

ActiveXbox.com: What is your favorite game of all time?

Larry Hryb: It seems like a cop out, but I have to say Halo. I was sucked in by the story, and had “Halo Nightmares” every night until I completed that game. That game is almost perfect in my mind..well until Halo 2.

ActiveXbox.com: What do you expect to be the most anticipated event/release for Xbox Live in 2004?

Larry Hryb: Halo 2 without a doubt.

ActiveXbox.com: Have many people signed up for the Xbox Alerts service? What other integration experiences can PC users expect with Xbox Live?

Larry Hryb: I can’t release numbers, but a significant number of our members have connected their Xbox Live gamertag to their Passport and now stay connected to the community via MSN Messenger. One of our goals is to keep you connected to this vibrant community…and when members are at work, sitting at their desk…they can see what their friends are up to on Xbox Live by glancing at their Xbox Live friends list which shows their status AND what game they are playing.

Larry Hryb: We have over 200 pieces of downloadable content. That number will definitely continue to grow. It’s a win/win for the publishers and the community who can get extra levels, cars or game modes through the downloadable content on Xbox Live and extend their gameplay.

ActiveXbox.com: Do you have any interaction with the Xbox Microsoft Most Valuable Professionals (MVPs)? If so, how do they help?

Larry Hryb: I work very closely with our 13 Xbox MVP’s. I have most of them on my MSN IM list, and we communicate many times each day. These men and women work our forums (forums.xbox.com) and help members get connected, defeat that hard boss or just talk about the latest game releases. They are the cornerstones of the community.

ActiveXbox.com: Do you have anything to add?

Larry Hryb: In the age of blogging, readers should check out my blog at www.majornelson.com where I post the latest news and information on Xbox and Xbox Live…as well as other random thoughts that I think the members would like.

Return To The Xbox Section